FIND OUT IF YOU HAVE

Take this mental health test. It’s quick, free, and you’ll get confidential results instantly. This site is provided to you by BetterHelp.

Want to try another test? Click on any test below

Speak with a therapist

search for a therapist in your area

Do you or a loved one have OCD symptoms? Taking an OCD quiz online may be the first step to getting the help you need to live a fulfilling life with OCD symptoms. Although not everyday will be easy with OCD, once you can take inventory of what is going on, and give yourself the space to heal and find support, there will likely be improvements. Again, the first step may be this online OCD quiz.

OCD tests, although a great step to take, are not a replacement of a diagnosis from a medical professional. After taking this online OCD quiz or any other OCD tests, it is important to discuss the results with your doctor or therapist. The OCD test will function like an OCD inventory, looking for thoughts, actions, and emotions that align with the typical signs of OCD.

OCD, and any OCD symptoms, will vary from person to person. Mental illnesses are personal, thus so are the treatments. If, after this depression test, it is necessary for you to get help from a therapist or counselor, you and your counselor will work together to discuss the symptoms, causes, and treatment for your results of the OCD quiz. 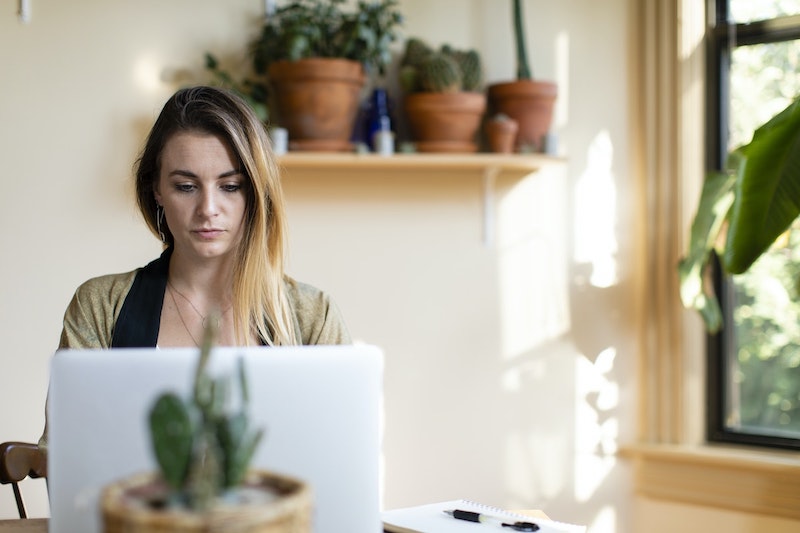 What is Obsessive-Compulsive Disorder?

Have you ever had a thought that keeps on repeating no matter how much you try to ignore it? Or maybe you sometimes feel like you’ve developed an obsession for a specific activity or routine?

For people with obsessive-compulsive disorder (OCD), obsessive thoughts can generate anxiety and distress. Since it’s challenging to go about their daily activities while dealing with an annoying, anxiety-generating thought, people with OCD often compensate with compulsive behaviors.

Compulsive behaviors are persistent and repetitive acts, or ‘rituals’ that lower anxiety and generate a sense of satisfaction or relief.

Obsessive-compulsive disorder can be a long-lasting condition in which the person has persistent, uncontrollable thoughts (obsessions) followed by behaviors that he/she needs to repeat (compulsions or ‘rituals’) to lower anxiety.

People with this condition may experience obsessive thoughts, compulsive behaviors, or both.

The symptoms of OCD can interfere with all aspects of life, such as work, school, relationships, and personal growth.

There are two symptoms that characterize OCD: obsessions and compulsions. But let’s take a moment to figure out how these symptoms might look like.

For a thought or impulse to be considered obsessive, it needs to be repetitive, persistent, and intrusive. And the same goes for compulsive behaviors.

Anyone can experience OCD, so this test is for anyone. The results from this quiz aim to provide helpful information on how to move forward.

How is Obsessive-Compulsive Disorder Treated?

When dealing with patients who struggle with OCD, mental health professionals recommend medication, psychotherapy, or a mix of both.

One of the most frequently used approaches for treating obsessive-compulsive disorder is cognitive-behavioral therapy (CBT).

This approach helps people with OCD understand the irrational nature of their obsessive thoughts and challenge their core beliefs about danger, control, and other aspects that might be related to their condition.

Many healthcare experts believe that obsessive-compulsive disorder is, in part, the result of neurochemical imbalances. And that’s why pharmacological treatments are sometimes the only way in which people experiencing OCD can get a handle on their obsessive thoughts and compulsive behaviors.

For people with OCD, psychiatrists prescribe medication designed to alter the quantity of neurotransmitters produced by the brain.

Mental health conditions, such as depression or anxiety, are real, common, and treatable. And recovery is possible.